Looking Back and Looking Forward: Nature For Health Autumn School and Campus Tour 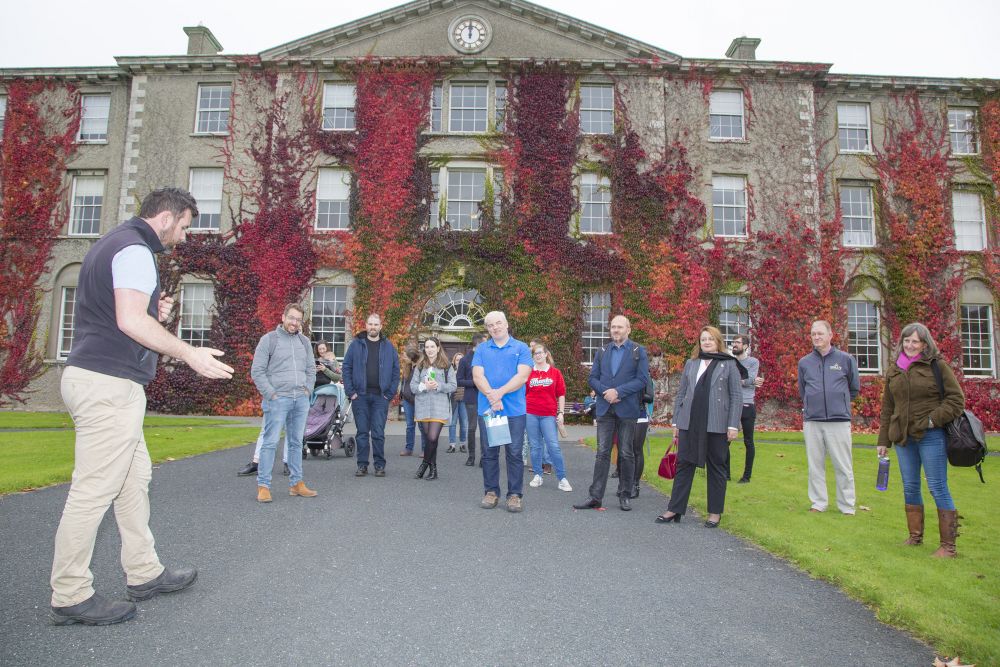 GoGreenRoutes' recent hybrid training event at Maynooth University, with up to 80 participants online and almost 50 in-person attendees was both a huge success and a pivot point for the project. The three-day event was supported by the Irish Environmental Protection Agency, Enterprise Ireland, Coillte (who manage Irish Forests) and a dissemination grant from the Research Development Office at Maynooth University.

The goal of the event was to highlight how nature can impact health with a focus on inclusive methodologies to access the unseen and unheard voices. In particular, we took a moment of reflection on October 13th, 2021, looking back at the efforts of our project team and looking forward to our ambitions coming to fruition.

One of the highlights of the three-day event was the tour of a green campus ecosystem, led by the grounds supervisor and horticulturist Stephen Seaman who was accompanied by lecturer in horticulture at TU Dublin Rachel Freeman, a PhD student working on the project. Maynooth’s green campus has trees up to 700 years old, a 300-year-old orchard, dedicated pollination areas and rose gardens.

One of those most impressed with the award-winning green campus and the efforts in curating this natural ecosystem was H.E. the Hungarian Ambassador to Ireland, Gergana Karadjova. The ambassador was there to receive a commemorative plaque, funded by Coillte, to mark the life of Jana Koleva (1978-2021), who had been working in the Burgas municipality as European projects officer, but had passed away due to the pandemic.

Coillte, Ireland's commercial forestry service who manage 7% of the country’s land have long been interested in the health benefits of trees, supporting the Woodlands for Health initiative, a nature-based intervention with Mental Health Ireland, Get Ireland Walking and Maynooth University. The founder of that initiative, Charlie Burke, presented the engraved bog oak plaque to HE Gergana Kardjova in a ceremony to close the proceedings of the Autumn School.

The timing of the event was appropriate as Jana Koleva’s ambition for the city of Burgas had just been brought to fruition on the 22nd of September, 2021. On that day, the municipality of Burgas had committed to the Green City Accord, joining 72 other cities as signatories. The Green City Accord is a movement of European cities committed to safeguarding the environment. In signing the Green City Accord, city leaders agree to take further action to protect the natural environment and to achieve ambitious goals by 2030 in five important areas: air, water, nature and biodiversity, waste and circular economy, and noise.

Vesna Baltina, Deputy Mayor of Strategic Development, Ecology, Digitalisation and Adaptation to Climate Change of Burgas, Bulgaria, shared an example of what her city hopes to accomplish as a signatory of the Green City Accord: “The system of green corridors [in Burgas] will have a positive effect on air quality and will ensure healthier living quarters for citizens through green pedestrian walkways, [which will] be our new city connection toward considerable progress in conserving and enhancing urban diversity and biodiversity.”

GoGreenRoutes partner ICLEI Europe is among the organisations supporting the European Commission in developing and implementing the Green City Accord. This initiative brings to a culmination the quest for sustainability in Burgas and is best exemplified by the Bulgarian adage: Nature, Time and Patience are the three great physicians.